We'll help to relieve your snoring, snorting & other breathing-related sleep apnea issues and get you back to feeling healthy and well-rested. 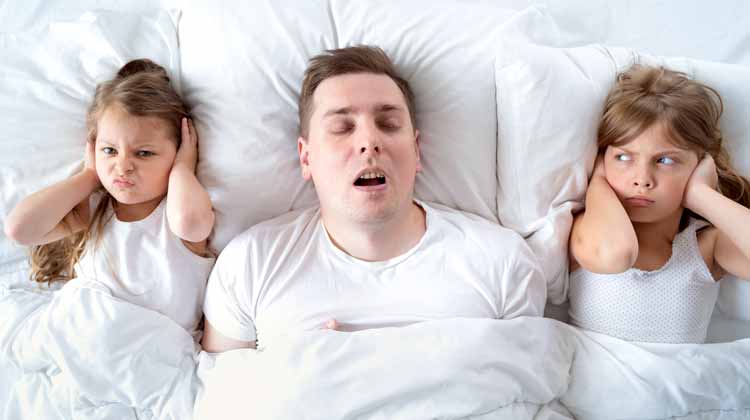 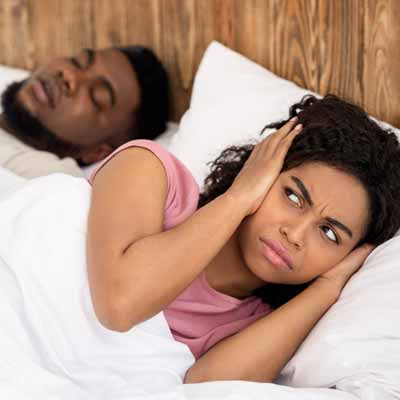 Effective Sleep Apnea Treatment Is Just A Phone Call Away.

So, what exactly is Obstructive Sleep Apnea?

Although there are technically many types of sleep apnea, the most common one is “Obstructive Sleep Apnea” (OSA).

The simplest explanation is that it occurs when you are sleeping because your throat muscles begin to relax and then block your breathing.

That’s the “obstructive” part: Your tongue and throat muscles relax to the point where they fall back onto your open airway and you can’t breathe.

Your brain will then send a signal that you’re not breathing and you will awaken, although sometimes it will happen so quickly you won’t even realize you were awake at all.

There are many signs to look for, but two of the more obvious ones of OSA are snoring and teeth grinding (Night Bruxism).

Obstructive sleep apnea is a sleep-related breathing disorder that involves a decrease or complete stoppage of airflow despite an ongoing effort to breathe.

It occurs when the muscles relax during sleep, causing soft tissue in the back of the throat to collapse and block the upper airway.

This leads to partial reductions (hypopneas) and complete pauses (apneas) in breathing that last at least 10 seconds during sleep.

Most pauses last between 10 and 30 seconds, but some may persist for over a minute or more.

This can lead to abrupt reductions in blood oxygen saturation, with oxygen levels falling as much as 40 percent or more in the worst of cases.

The brain responds to the lack of oxygen by alerting the body, causing a brief arousal from sleep that restores normal breathing.

This pattern can occur hundreds of times in one night.

The result is a fragmented quality of sleep that often produces an excessive level of daytime sleepiness.

Most people with obstructive sleep apnea snore loudly and frequently, with periods of silence when airflow is reduced or blocked.

They then make choking, snorting or gasping sounds when their airway opens.

Which Sleep Apnea Treatments Do You Offer?

There are several sleep apnea treatments available, but the most common way is to use a mouthpiece device (snore guard) that pushes your jaw forward just enough to ensure the airway remains clear and open while you sleep.

You may have heard various things about them, but we can assure you that they have come a long way over the years and that the vast majority of patients report that they are comfortable, non-intrusive and very effective.

The Signs & Symptoms of Obstructive Sleep Apnea Include:

The Risk Factors Of Obstructive Sleep Apnea Include:

We've Got The Perfect Oral Sleep Device For You

We work closely with all of the best oral sleep appliance manufacturers to ensure that you get the latest, most advanced model that will deliver the results you deserve.

We can also have your device molded, created and delivered in as little as one week. 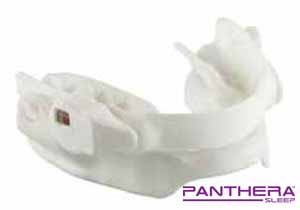 One of the smallest devices on the market today, it is recommended for the treatment of snoring, mild to moderate sleep apnea, and even severe sleep apnea patients. 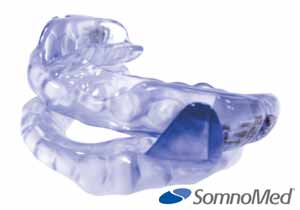 SomnoDent offers a family of effective oral devices that are clinically proven in the effective treatment of sleep-disordered breathing issues. 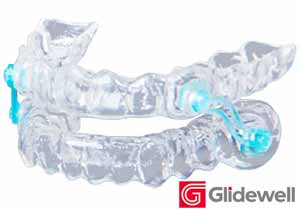 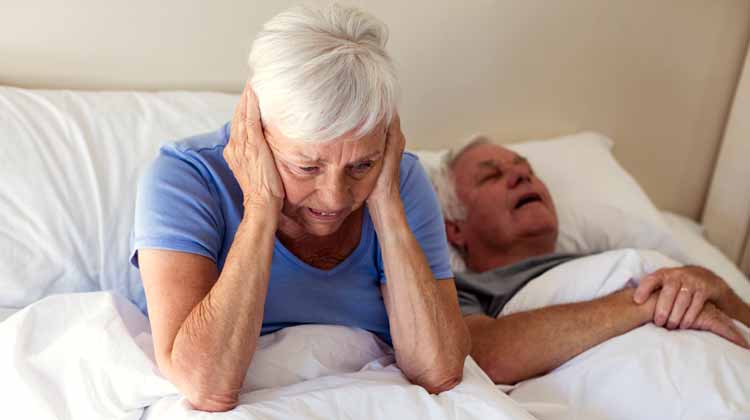 The Benefits Of Using a Custom Snore Guard Include:

Growing up, my father had sleep apnea and his snoring disrupted the entire family.

My Mother couldn’t get a good night’s rest and it affected everyone’s ability to function properly.

His snoring and apnea were so bad that he couldn’t get through a full day without napping and it wasn’t good for his overall health at all.

Once I became a dentist – and began learning more about obstructive sleep apnea treatments – I was eventually able to convince my dad to have a custom snore guard made.

It made a world of difference and within just a few nights he was able to get the restful sleep he so needed.

Schedule your free, no obligation consultation and see what we can do for you, too.

Costs may vary depending on each person, but an average cost of a dental appliance mouth guard is between  $600.00 – $1,800.00, depending on the quality of your device.

That will include the cost of the mouthpiece, your visits to our Oshawa dental clinic and any modifications or adjustments made to the device.

Will my dental insurance cover some or all of the costs?

Sleep apnea is considered to be a medical disorder and most dental plans will not cover – partially or completely – an oral appliance.

You can call your insurer to double-check or give us a call and we can check on your behalf.

Depending on the severity of your sleep apnea, a mouthguard will help to stop your teeth from grinding while you sleep and help to reduce snoring and to keep your airway unobstructed.

What is the best dental device for sleep apnea treatment?

They are the most widely used devices for Sleep Apnea and look just like a regular mouthguard.

These devices snap onto the upper and lower dental arches and ease the lower jaw forward (by using metal hinges).

We can usually have the cast made for your customized device in just one visit and then it’s just a matter of having the actual device made and delivered.

In total, and depending on the quality you choose, it generally takes 1 to 3 weeks, start to finish.

The vast majority of people who have used them report that they are very comfortable and posed no issues whatsoever.

It may seem a bit strange to wear one for a few nights, but most people get used to them quickly and don’t even realize they are wearing them after a while.

How long will it take to start working?
You will most likely notice that you’ve slept better after just one night, but you should definitely start to feel the difference after a few nights.
I would like to talk to Dr. Riordan about a dental device. How do I get started?

Great! We would love to speak with you!

You can call the office any time or complete the form at the bottom of this page to get started. 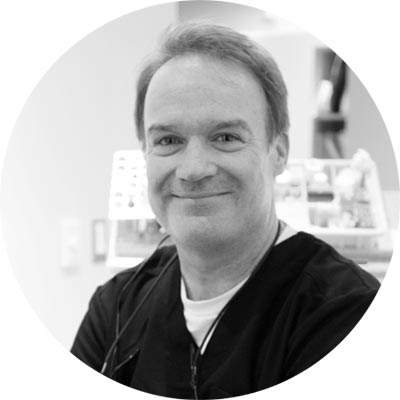 “We can create a customized oral dental appliance to assist with your sleep apnea treatment in as little as one week. Call us for a free, no obligation consultation and I will walk you through the steps and explain all of your options.”

We take your information seriously, so please be assured that any information you send is secure and will not be shared, sold or traded with any third parties.

PLEASE NOTE THAT ALL FIELDS ARE REQUIRED

Located in Oshawa, Ontario, we are on the east side of Simcoe Street North, just south of Beatrice Street East and north of Sunset Drive.

If you are driving south on Simcoe, continue past Beatrice Street and Liz’s No Frills (you’ll see it on your right side). We are just past that plaza, on the left (east) side.

If you are driving north on Simcoe Street, go past the Long & McQuade Musical Instruments store (on your left) and the Petro Canada gas station (right side).

The next street on your left will be Sunset Drive (where the Shell gas station is) and we are just past that intersection, on the right (east) side. 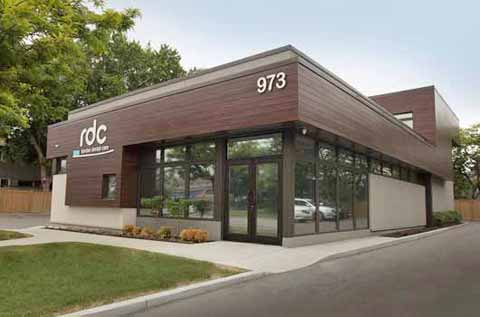 You can take the Simcoe Street Northbound or Southbound bus.

Both directions have stops at Sunset Drive, just south of the clinic.

Free parking is available on the south (right) side of the building.

The clinic is fully accessible.

You can call the clinic during regular business hours or leave a message if we aren’t able to take your call.